Shrine dedicated to Emperor Antoku, who leaped into the Konmon Strait and drowned himself at the Battle of Dannoura 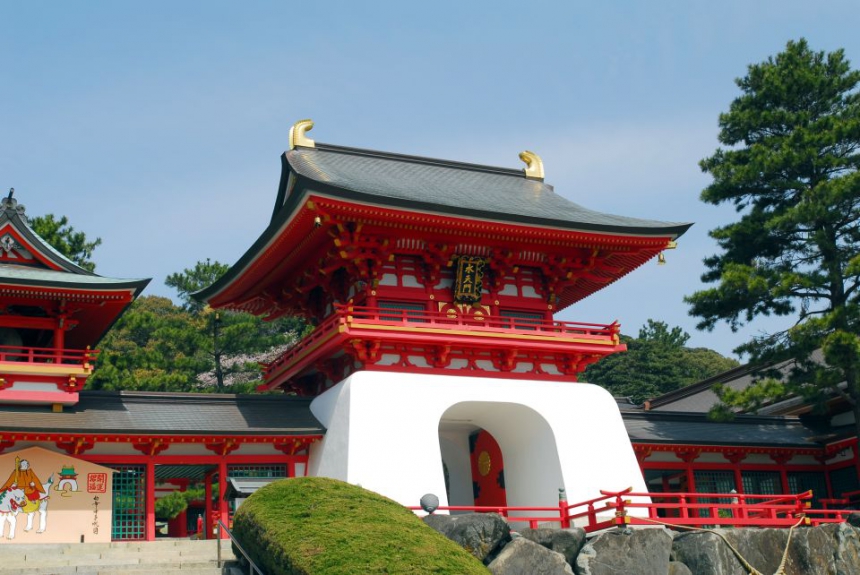 This shrine is dedicated to Emperor Antoku, who, though a child, leaped into the sea because he and the Taira clan were defeated by the Minamoto clan in the Battle of Dannoura in 1185, in the late Heian period. In the shrine precincts are Emperor Antoku's grave called Amidaji no Misasagi, the graves of the defeated Taira clan called Nanamori-zuka and other features, including Hoichido Hall, where a wooden statue of Hoichi, the protagonist of the tale Hoichi the Earless, famous for Lafcadio Hearn's introduction (and translation) of it in Kwaidan, and a treasure hall exhibiting precious materials, such as the Nagato version of the Tale of the Heike and a painting depicting the battle between the Minamoto and Taira clans.