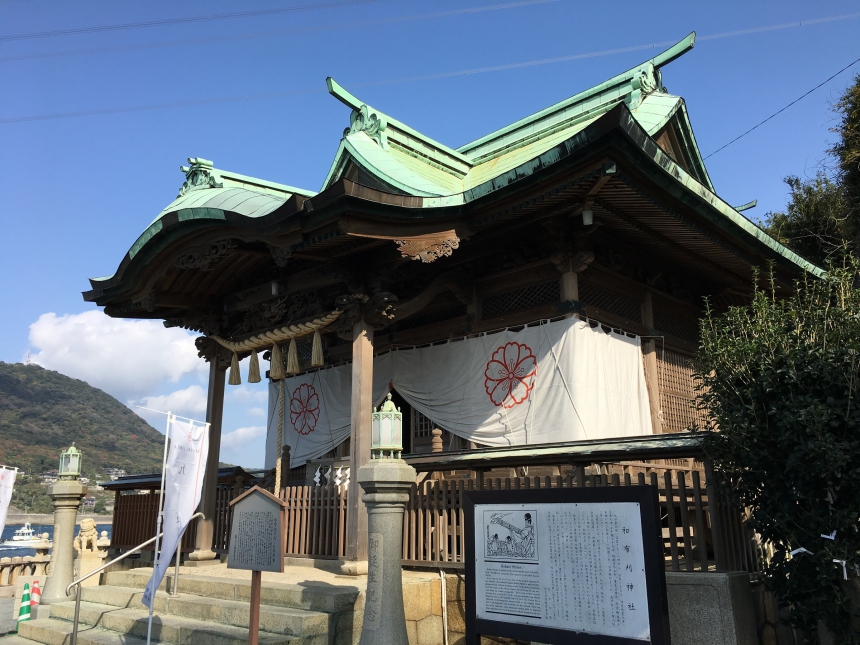 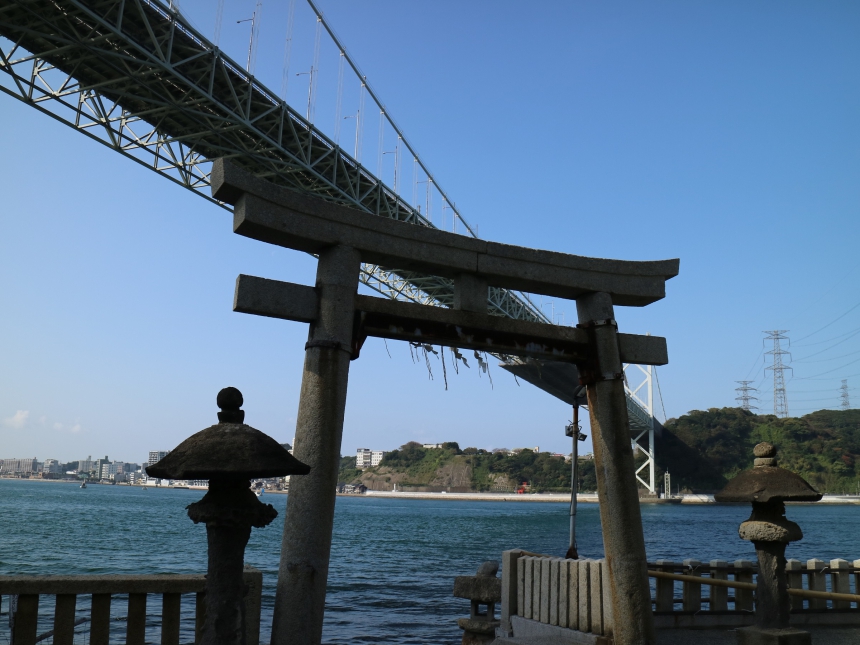 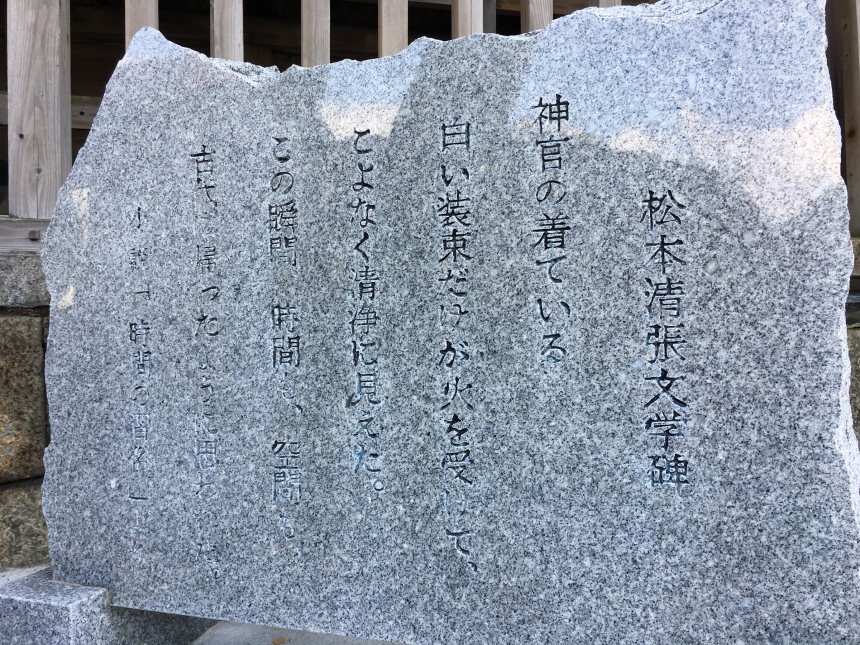 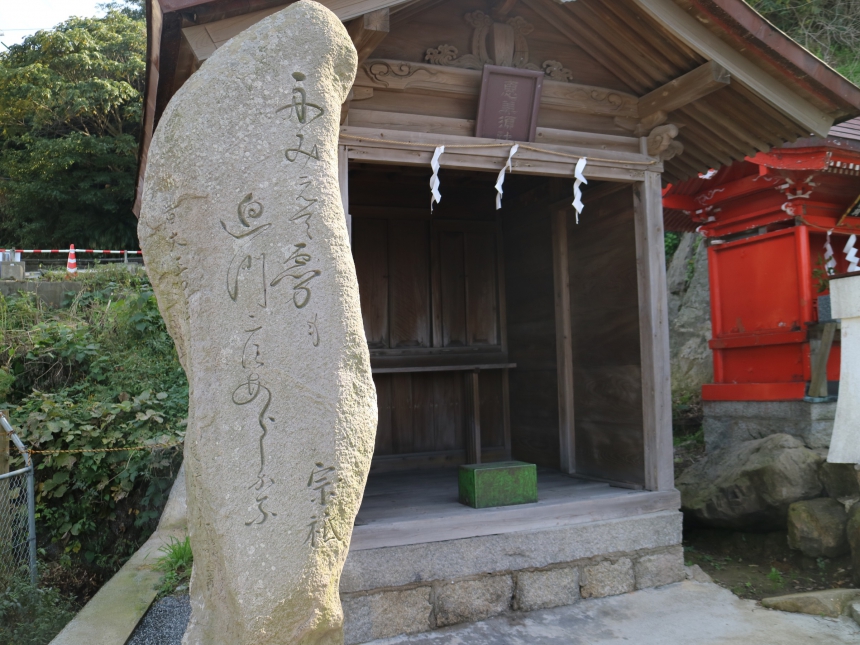 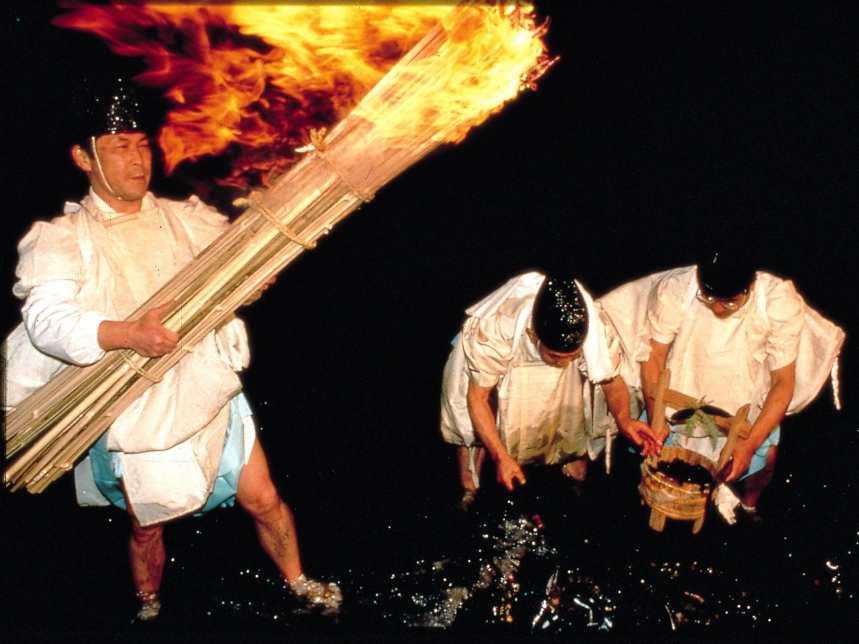 This shrine, located at the northern edge of Kyushu, stands against the background of the Kanmon Strait.

The shrine was built taking advantage of the visit of Empress Jingu, the consort of the 14th Emperor Chuai, to this place when she invaded the Korean peninsula (an episode known as "sankan-seibatsu").

Erected around 200 AD, the shrine was once called "Hayato-no-miya" or "Hayato Myojin," and renamed Mekari-jinja in 1809.

The ritual commonly called Mekari-shinji, performed on the morning of New Year's Day on the lunar calendar, is designated as an intangible folk-cultural property by Fukuoka Prefecture, and famous nationwide.